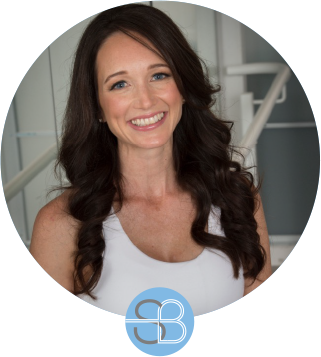 Allison trained on scholarship at the North Carolina School of the Arts where she studied classical ballet and modern dance. Additionally, she studied in Boston, New York City, Seattle, and Europe. Having received the Nordan Fine Arts Award from Texas Christian University’s dance department, she returned to Texas to attend TCU. Fast forward a decade later, she discovered ‘barre’, classes, and quickly fell in love with the results. She traveled to NYC to find classes and study different methods to be able to create her own practice at her home in Texas. Soon the long, lean muscles she had when she was a dancer started taking shape, but in an efficient frame of time for a mother of two children. Wanting to share her own version of barre to friends, she invited a group to share her ‘Smart Barre Technique’. After all, exercising is much more fun with other women! With encouragement from friends and family, just one year later, she opened up her own studio. Since then, she has granted Smart Barre licenses to three incredibly Smart women where they have expanded the method and lifestyle all over Fort Worth and San Antonio, she completed her Pilates Certification through the Pilates Sports Center in Los Angeles, California, and has continued to grow, learn and share this body-changing technique with women of all ages.

Kristi is originally from Greensboro, NC. She graduated from the North Carolina School of the Arts, studying ballet and modern dance with further study in Seattle, Atlanta and Hartford. She danced with TCU’s Department of Ballet and Modern Dance while earning a Bachelor of Science in Mathematics and a Bachelor of Arts in Physics, and later attended University of Texas at Arlington, earning a Master of Science in Mathematics. She was on faculty at TCU in the Mathematics Department, still dancing and performing locally, when she came to support long time friend, Allison, and took her first Smart Barre class. She was immediately hooked! The attention to detail, movement to music and supportive atmosphere of staff and clients were just the right combination to get her to class and later to be an instructor. She found that Smart Barre exercises helped ease some of the pains she was feeling from dance – mostly due to weak musculature. Kristi solidified her passion for Smart Barre when she opened Smart Barre Cityview in September 2013, followed by Smart Barre Bluebonnet Circle in August of 2014. In these few short years, Kristi has been fortunate to work with the wonderful women of Smart Barre, both staff and clients. She feels stronger than she ever has, and wishes that she had the benefits of Smart Barre exercises when she was dancing seriously. Most of all, she appreciates the support of her husband, son and parents during this current life adventure.

Since November 2017, Kristin Fay has been the proud owner of Smart Barre San Antonio. A lifelong athlete, Kristin was a regular on the marathon and boot camp circuit for years. After a knee injury, she adapted her workouts to include elements of Pilates and Yoga, and she fell in love with Smart Barre. Unlike her previous workout routines, Smart Barre provided Kristin quicker and more defined results while still being gentle on her joints. She not only fell in love with the method and its results, but also the instructors, studios and Smart Barre community. Smart Barre has ignited Kristin’s passion to help women reach their maximum health and fitness potential. She recognizes that Smart Barre is a workout suitable for all type of athletes, bodies and capability levels, and she has made it her mission to spread the Smart Barre lifestyle to women of all ages in the Alamo City. Kristin attended Clemson University where she graduated with a Bachelor of Science in Accounting and spent 12 years as a corporate accountant. When she is not posing in a “Smart V” next to her clients in class, she enjoys playing tennis and exercising outdoors. Kristin and her husband, Mike, have three beautiful boys. 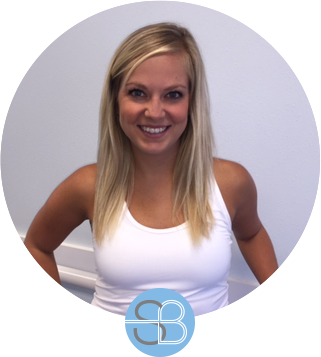 Natalie grew up in the small town of California, Missouri, and her pursuit of ballet gave her opportunity to perform and study dance all over the world. Natalie moved to Fort Worth in 2006 to attend the Department of Ballet and Modern Dance at Texas Christian University. She graduated with a BFA in 2010. Upon graduation, Natalie became certified in Pilates through the Physical Mind Institute of New York City. In August of 2011 Natalie joined the Smart Barre team at Camp Bowie. Having served as the Director of Training for Smart Barre studios, then Studio Manager, Natalie transitioned to be the proud owner, along with her husband, Trent, of Smart Barre Camp Bowie in January of 2018. Later that fall, they welcomed their first daughter! Natalie is grateful to raise her daughter around such strong, encouraging women in the Smart Barre community. The principles Smart Barre embody of life-balance, promoting healthy minds and bodies, and building a positive community for women, is truly her way of living, and why it is her second home.